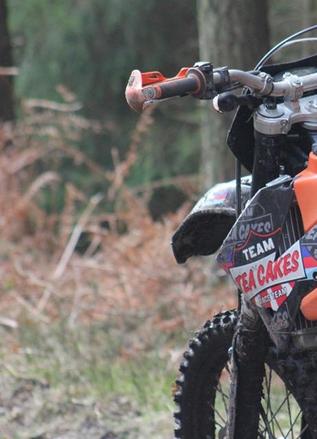 Kate is the "Bird" behind "Dirt Bike Bird". Born in October 1979 and heralds from what is widely recognised as the centre of the Universe.......the Wirral!

Even though she comes from a long line of motorcyclists (with her Father - Fossil or some call him John, Uncle and Grandmother all riding motorbikes) it wasn't until Fossil declared that he would like to ride a Dirt Bike across Spain in 2013 that she was inspired to hop on something with two wheels and an engine.

Whilst she does not possess any recognisable talent on a Dirtbike, this has not halted Kate's enthusiasm for the sport and she can regularly be found upside down underneath a motorbike at various Enduro events  in the North of England.

When she's not on her Motorbike, she can be found riding her horses or pushbike, running, swimming and/or rowing (no hobby is left untried!) round the hills and waterways of County Durham.